In the post-genocide years, a large number of Armenian refugees settled in Aleppo. One of the most important tasks facing the community leadership was the organization of spiritual-educational life. The ancient schools of Aleppo, which were closed from 1915 through 1918, during the First World War and the deportation, played an important role in the establishment of the educational system. They had building facilities, diocesan control and the opportunity to continue their educational traditions.

The newly formed community of Aleppo had schools belonging to the parishes and organizations.  There were schools of the Apostolic, Catholic and Evangelical churches as well as schools run by foreign missionaries and philantropic organizations, as well patriotic unions and individuals.

After the establishment of the three Armenian denominations: Apostolic, Catholic and  Evangelical led their Diocesan authorities to establish a large network of schools joined the parochial schools of the Armenian Apostolic Church or became part of the Union Schools.

With the intention of eliminating the Turkish language which was prevalent in the community, the goal of the Armenian schools was to teach the Armenian language and educate them to be real Armenians.  Thus preserving and perpetuating their Armenian identity.

However, most of the national-union schools were kindergartens and preschools. It was not easy for the graduates of Aleppo National Elementary School to continue their studies at a local French institution or attend the Melgonian College in Cyprus, the Armenian Seminary in Beirut or other universities in Jerusalem.

The teaching of the Armenian language and the Armenian upbringing in the Armenian Catholic schools were imperfect. Only Armenian was spoken during church ceremonies. Therefore, the existence of a high school was an urgent issue.

A number of Aleppo-Armenian students and graduates, who noticed the danger of assimilation in the 1920s, contacted Diaspora Armenian intellectuals of the National Prelacy of the Berio Diocese. They also appealed to the Mekhitarist fathers in Venice to establish a Mekhitarist educational institution in the Armenian-populated community of Aleppo. The response of the Mkhitaryans was prompt. They set up their own school, developed a curriculum, adapting it to both the Mekhitarist Congregation and the local curriculum.

Indeed, the Mekhitarists, through their educational activities and the schools they founded, were able to prepare a generation in the Diaspora that would not only support the aspirations for the preservation of the Armenian identity, but also support the structures of the community. 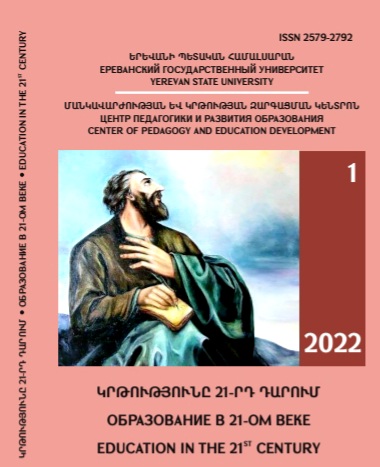